The Ministry of Ecology and Natural Resources of Azerbaijan intends to begin doing away with disposable plastic items, says ministry employee Umaira Tagieva.

She added that the European Parliament recently voted to ban plastic cutlery, plates and other single-use items in European Union countries and that it was time for Azerbaijan to catch up.
The process of phasing out disposable plastic will be gradual, taking into account the interests of consumers and entrepreneurs. The ministry will start by carrying out a survey among the population to find out the opinions of people on the subject.
About 100 special containers for such waste have recently been put up across Baku and Azerbaijan.
The EU intends to phase out disposable plastic items entirely by 2021.
Neighboring Georgia, meanwhile, has already taken its first step in this direction. A ban on the production, use and import of thin plastic bags came into effect on 1 October.
As for Azerbaijan, the problem of plastic waste in general, and packages in particular, is very serious. Baku residents sometimes even call it the city of flying packages, referring to the fact that strong winds in Baku frequently whip up plastic bags and carry them into the air.
After learning about the new rule introduced in Georgia, many users on social media networks in Azerbaijan openly expressed their  envy for their neighbors and wished the same for themselves:
“And again we are the last. We should at least once be the first to do something, but our leadership hangs onto all the bad things until the end.”
“When the wind blows, my whole garden is like a New Year’s tree. Only, instead of toys, there are paper bags that hang from the branches.”
However, there are some people that are skeptical about leaving plastic bags behind:
“What’s so good about it? Imagine how many trees you have to cut down to replace plastic bags with paper ones!”
“You don’t have to fight polyethylene, you have to use it wisely. Then you can become an adept of the green sect.”
Plastic bags production contributes to air pollution and energy consumption. Just imagine that the amount of petroleum used to make 1 plastic bag would drive a car about 11 meters. Meanwhile, trillions of these bags are produced annually around the world.
Europe is now imposing taxes on the plastic bags. In Ireland, usage of plastic bags has decreased by almost 90 percent a few months after the introduction of the tax in 2013.
Azerbaijan can also use this system. There are also other ways to find a way out – production of bio-plastic bags that are made of plastic that decomposes in natural conditions. But the most effective way is to switch to reusable bags. 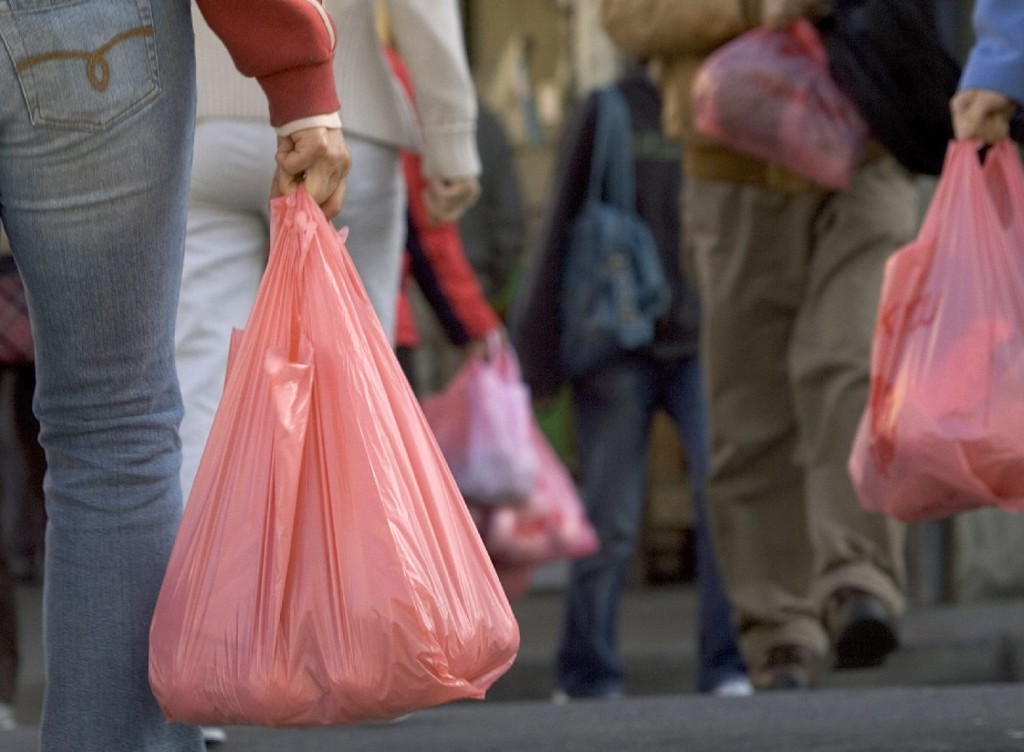