According to the UN, the Russian Federation has 1/5 of the world’s timber reserves. It is not surprising that the forest sector is strategic for the country’s economy. According to preliminary estimates, the profit for 2018 amounted to about $ 22 billion a year. Why, then, both regional and Federal authorities are talking about the need to ban forest exports as soon as possible? 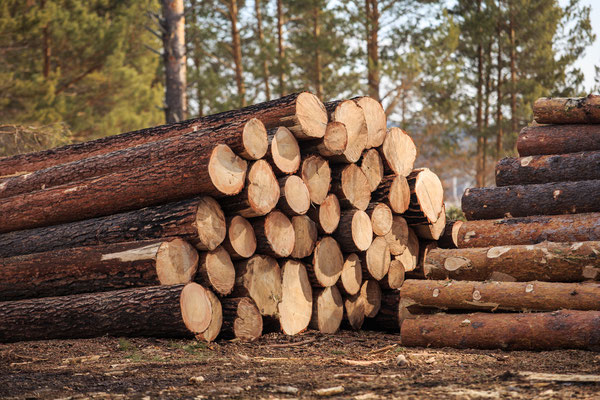 The fact is that the issue of illegal logging is acute in Russia. According to the estimates of the world wildlife Fund of Russia and the World Bank, up to 20% of the wood harvested in the country is of illegal origin.  Only in 2018, the Prosecutor General’s office opened more than 14 thousand criminal cases. Unfortunately, more than half of them remained unsolved.

At the highest levels of government are discussing the fact that the forest sector is ruled by the “criminal shadow sector.” This refers mainly to tenants who received land after the collapse of the USSR and learned to circumvent modern laws.

At the end of November last year, the head of the Forest Department of the organization “Greenpeace Russia” Alexey Yaroshenko said that illegal logging threatens about 40 million hectares of forests. According to him, the woods, are ownerless, and therefore it cuts down who wants under the guise of clearing for farmland.

Illegal logging is not only damage to the country’s budget, but also environmental damage. We are talking not only about reducing the amount of wood, including valuable species. Because of the uncontrolled and barbaric forest felling, flora and fauna become poorer, there are soil erosion and waterlogging, shallowing of small rivers. Also, when the rules of cutting are not observed, part of the wood remains in the forest after the cut dries and later becomes the cause of fires and gas contamination of the air.

Poachers do not care about the restoration of the forest, but for the sake of easy profit, they are ready to name any reasons for logging.

This was said by the speaker of the Federation Council Valentina Matvienko at a meeting with Prime Minister Dmitry Medvedev.

“Under the guise of sanitary protection of the massive wood deforestation is conducted. Who cuts the wood, where he is being chased, and thirdly – how it is sold?”- the politician asked a question and noted that it is necessary to ban the export of wood

Besides, she proposed to check all contracts for the lease of forest land, to revise the Forest code, as well as to use space technology to monitor illegal logging.

The Russian President also noted that the current legislation could not effectively protect forests from deforestation and demanded changes.

“It is obvious that the current regulations do not allow effective work on forest conservation. Predatory deforestation continues,” Vladimir Putin said.

According to the President, this is happening despite the efforts of the state and public organizations. Putin noted that to public men “death threats, threats to health, families”arrive.

On the problem of destruction of forests and say the security forces, and the accounts chamber, and deputies. However, the heads of the relevant ministries cannot yet offer practical solutions.